MISSION: The Lorena Gallo Foundation’s mission is to expand domestic violence and sexual assault prevention education, emergency response resources and community engagement activities that will improve outcomes for survivors and their children. 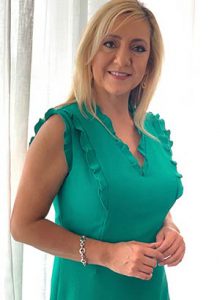 to build a network of supportive services and safe spaces for victims to share, learn, combat stigma and empower themselves to overcome the trauma of abuse and prepare for healthy relationships in the future. We achieve these goals by working collaboratively with local leaders, schools and providers to enhance resources, supportive services, and prevention education within the community. Everyone knows the Lorena Bobbitt story—or thinks they do—about a young immigrant woman who married a handsome marine and endured years of domestic violence until she finally snapped; the first abused wife in America who made international headlines by fighting back against abuse. Her highly publicized trial, a year before the O.J. Simpson double murder criminal trial began, pushed domestic violence into the national conversation. But the media and public focused on sensationalism and the lurid details, characterizing Lorena as the stereotypical hot-blooded Latina, rather than as the victim of an unspeakable crime.

For many years following her horrible ordeal, Lorena kept a low profile, avoided attention and attempted to live a normal life with her partner and child. But recognizing that not much has changed for domestic violence and sexual assault survivors in the more than two decades since she challenged the status quo, Lorena decided the climate was finally right for her to come forward to tell her story and help others. Lorena has been a keynote speaker at events throughout the country and has attracted a whole new national audience due to the success of “Lorena,” a four-part, Jordan Peele-produced documentary on Amazon Prime last year and new “Lifetime” program about her life, coming in 2020. From this platform, Lorena will attract support and attention to the growing needs of domestic violence and sexual assault victims and their children.